Bank Sorted and a Meeting with an Ar*&hole

We walked down to Macclesfield town centre at lunchtime to try and start up a bank account with Barclays Bank. I took my UK and Australian passport plus bank statements from Australia plus Australian drivers licence and my old paper 1977 UK drivers licence. We had to make an appointment to meet with a consultant, no probs, we were back in 45 mins. So there we were expecting to have the full 1 hour argument, but no, all sorted and I now have a bank account, all she wanted to see was my UK or Aussie passport for id, but she also said my Australian drivers licence would have been good enough! I honestly think when you have a face to face meeting and they realise that you do not look like an Eastern European Gypsy or a bling wearing drug smuggler they will give you an account no problem, no disrespect to the gypsies and drug smugglers.

We walked back to the boat and as we were just about out of time on our 24hour visitor mooring we intended to move towards Sutton Hall. Firstly I wanted to fill with water, we were only a couple of moorings in front of the water point, we were just going to pull the boat back but as it was a bit windy Elaine held the centre rope and I reversed it back under the motor, now there are signs on the water point and on the visitor moorings saying please do not run the motor when moored or filling with water, no probs I had seen them and we had not run the motor whilst moored, Elaine went inside the boat to get the hose reel and key and I was still tying up the boat when Mr Angry comes flying out of his backyard screaming and shouting at me to turn the motor off, we had been there for less than 5 minutes, he also had a video camera in my face filming me, I hope the sound was on because he was f-ing and blinding like you wouldnt beleive. I shut the motor off and asked him to calm down but no he went mad, actually he was mad, I started to laugh at him, then he went ballistic, so I did wind him up some more by laughing in his face some more. He said I suppose you are going to stay overnight on the water point, I answered well I may so you better stay and watch. He did just that, sat there and filmed us, his lovely daughter then came out and said, "I can understand you being a fkin a...hole because you are a male but why is your wife????" Elaine was inside the boat. ...so the daughter was as mad as the old man, then the son came out...say no more it was starting to look a bit like deliverance.

In the meantime a lovely couple came up from the boat behind us and gave us her business  card and to say that she had witnessed the whole thing and that I did nothing wrong  to receive such a torrent of abuse.

I would have to say that the new totally relaxed me wasnt at all bothered by this chap and his family going   mental over nothing, the old me would have snotted him! Oh and whilst he was going off at full tilt I offered him a cold beer out of my fridge, I was informed that he didnt drink or smoke and was totally fit.

After filling with water and sharing a bottle of red with the boat behind we left the water point, I waved goodbye to Mr Angry, but he just have me a vigerous V sign!

We motored to Sutton and went to Sutton Hall for a drink and dinner because it was our 5th wedding anniversary....aaahhhhhh

In summing up beware of the nutter whose house back onto the water point in Macclesfield!
Posted by Paul and El at Monday, May 14, 2012 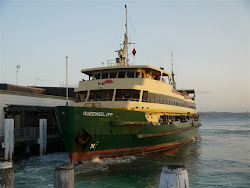